Giant is a true giant when it comes to bikes! The company from Taiwan is often referred to as the largest bike manufacturer on the planet. We did not count units, but Giant undoubtedly is one of today’s largest producers of bicycles and e-bikes. And the huge production numbers have many advantages for you as a cyclist! Of course, there is a lot to choose from, but since Giant buys huge quantities from its suppliers, the low prices can be passed on to each buyer. Last but not least, there's a long list of exciting in-house innovations, lots of experience and great bikes and e-bikes. Liv definitely is one of Giant's most interesting offshoots. The subsidiary builds bikes exclusively for women. 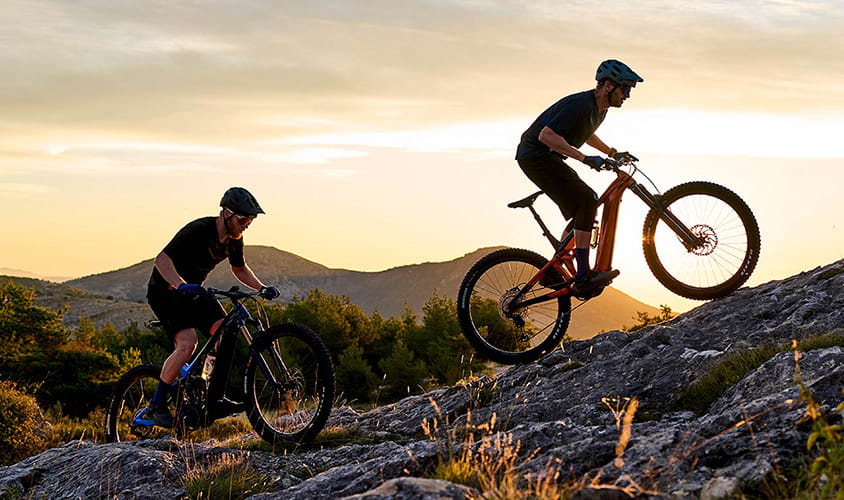 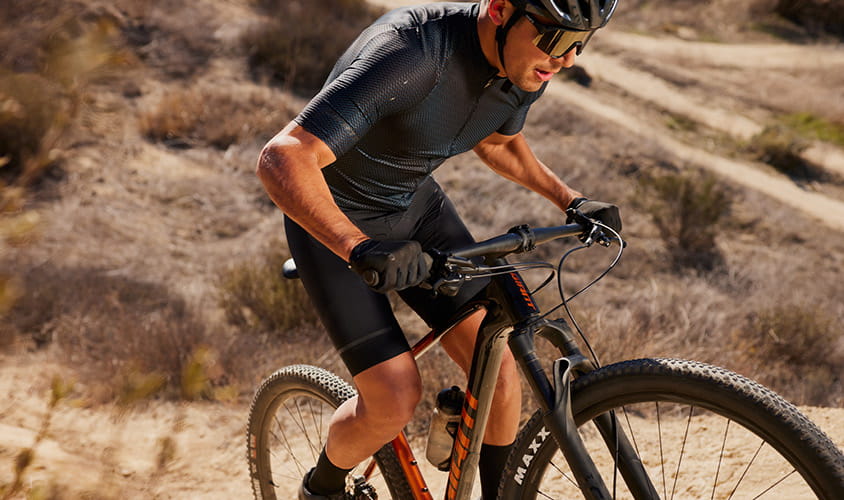 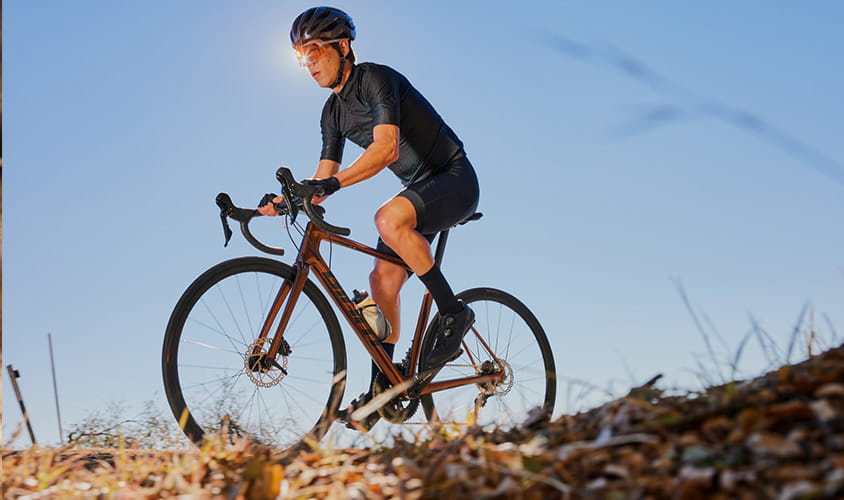 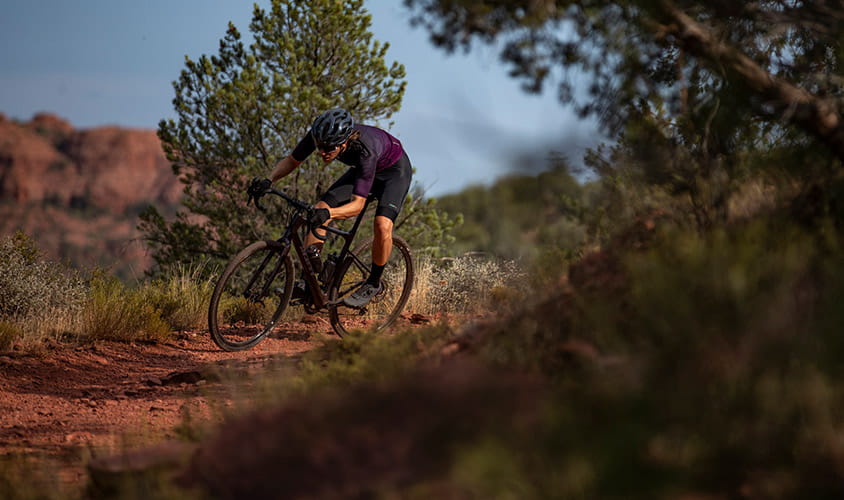 Things to know about Giant

King Liu founded his company under the name of Giant Manufacturing Company in 1972 in Taiwan. Legend has it that founder King Liu himself was by no means a particular fan of cycling; his interest was building up a business. Apparently, he had to turn 70 before he began to ride longer bicycle tours through Asia. Initially, Giant manufactured bicycles for the US bicycle manufacturer Schwinn. In the 80s, Schwinn increasingly cooperated with other producers, Giant then had to take a leap of faith and released their first own bike models. With truly gigantic success…

In the coming years, the brand expanded worldwide, through the cooperation with Koga, the subsidiary Giant Europe was created. With its huge experience in designing, developing and building bicycles, Giant still is a popular partner with other manufacturers from around the world. Despite the somewhat unfavorable label "mass-produced", Giant's bikes convince bikers on all continents. After all, Giant offers a high-quality and extensive full range and builds bikes and e-bikes in all price ranges and frame sizes. They simply offer a suitable two-wheeler for everyone, from inexpensive children's bikes to a noble carbon steed, always true to the company motto:

Whether you’re after a road bike, mountain bike, trekking bike or city e-bike, Giant supplies every type of bike and e-bike in different model versions and equipment variants, so a wide price range can be guaranteed. But that's not all: from A like arm warmers to almost Z like wingnuts, Giant also supplies bike parts, clothing, helmets and bike accessories.

The true giant of bike making

Just to give you an idea of Giant’s sheer size: 6.6 million Giant bikes were sold by 12,000 authorized dealers around the world in 2017. During the 2020/21 pandemic, the demand for Giant's bikes grew so tremendously that the company was able to report a 55% increase in sales and now is planning on building more factories, including one in Europe. The trend of the 20s also showed clearly - 30% of the bicycles delivered lately were equipped with an electric drive unit.

Innovations by and with Giant

As you can expect from a bicycle manufacturer of this scale, numerous proprietary technologies originate from Giant’s in-house product department. From big ideas like their own high-performance carbon blends called Advanced Composite or Advanced Composite SL with CNT (carbon nanotube technology), which make bike frames lighter while bringing excellent stiffness and improved impact resistance, to smart solutions for seemingly insignificant details such as Particle Flow, Giant is constantly driving technologies further in order to increase cyclist’s performance and comfort in the saddle. Particle Flow, by the way, refers to pockets in the bike saddle filled with loose particles that adapt perfectly to the owner for maximum comfort.

Giant was not among the pioneers when it comes to carbon bikes, but it was one of the first manufacturers to make carbon frames available in large unit numbers. In 1984, Giant used carbon fiber on a bicycle frame for the first time. Cadex road bike was also one of the first bikes designed with the assistance of computer simulations.

To give a small overview of the models that Giant has on offer, you really only have to take a look at the top lists of any international bike competition.

A bike manufacturer with so much innovative spirit naturally plays an active role in the history of bicycle racing. Endurance road bikes Defy and Road Racers Propel have often triumphed at world-famous races such as the Tour de France, of course the company makes a point of equipping road cycling teams , including the T-Mobile, Once and Rabobank teams. Road racer TCM Advanced is always good for top times, too. If you prefer a slightly more versatile drop bar bike, look for the all-rounder Contend. With Trinity, Giant also provides triathletes with top-notch gear.

Revolt, Toughroad and Roam are Giant's adventure bikes with drop bars, under these names you will find Giants gravel bikes and cyclocrossers.

Naturally, Giant is a big player when it comes to mountain biking, too. Nino Antic or Rick Balbierer like to mix up the national racing scene along with many other German mountain bikers in the Giant Germany Off-Road Team. In the UCI Downhill World Cup Series, riders like Marcelo Gutierrez Villegas or Jacob Dickson compete on Giant’s downhill bikes. Glory, Giant’s DH bike regularly propels riders to top positions. Marcelo Gutierrez Villegas, for example, has a number of back-to-back wins at the Colombian National Downhill Championships on his Glory DH bike. He has already become Colombia's fastest rider for the eighth time.

Giant also offers high-end full-suspension bikes for enduro and trail riding with Reign and Trance. With the carbon version of Reign Advanced Pro 1 29" you are well equipped for any enduro race. Of course, Giant delivers MTBs without suspension, too, you have the choice here between different 29ers or 27.5-inch bikes, also 26in-bikes are still available. Buy a Fathom, and you own the perfect machine to master whatever the trail has in store for you, while XTC is known as a swift XC ride.

However, as a true full-range bike manufacturer, Giant not only makes performance bikes for ambitious athletes, there is also excellent material for bike touring and everyday life. Monikers such as Dailytour, Fasttour or Escape, mark a clear-cut plan! Whether you're a commuter, an occasional biker or need a little time off from your everyday life, Giant has the right bike in store for you. With its E+Series you will also find different e-MTBs and other e-bikes in our store. You want to bike like the pros? Or do you rather want to buy a down-to-earth family bike? In our Giant brand store you will find a wide selection of high-quality bikes. Many of the bikes are available in different versions and frame sizes, so you are guaranteed to find the right bike for your needs. We also carry Giant children’s bikes and kid’s bike helmets in our kids department. If you want to browse women’s bicycles, you should stop by at BMO’s Liv brand shop.